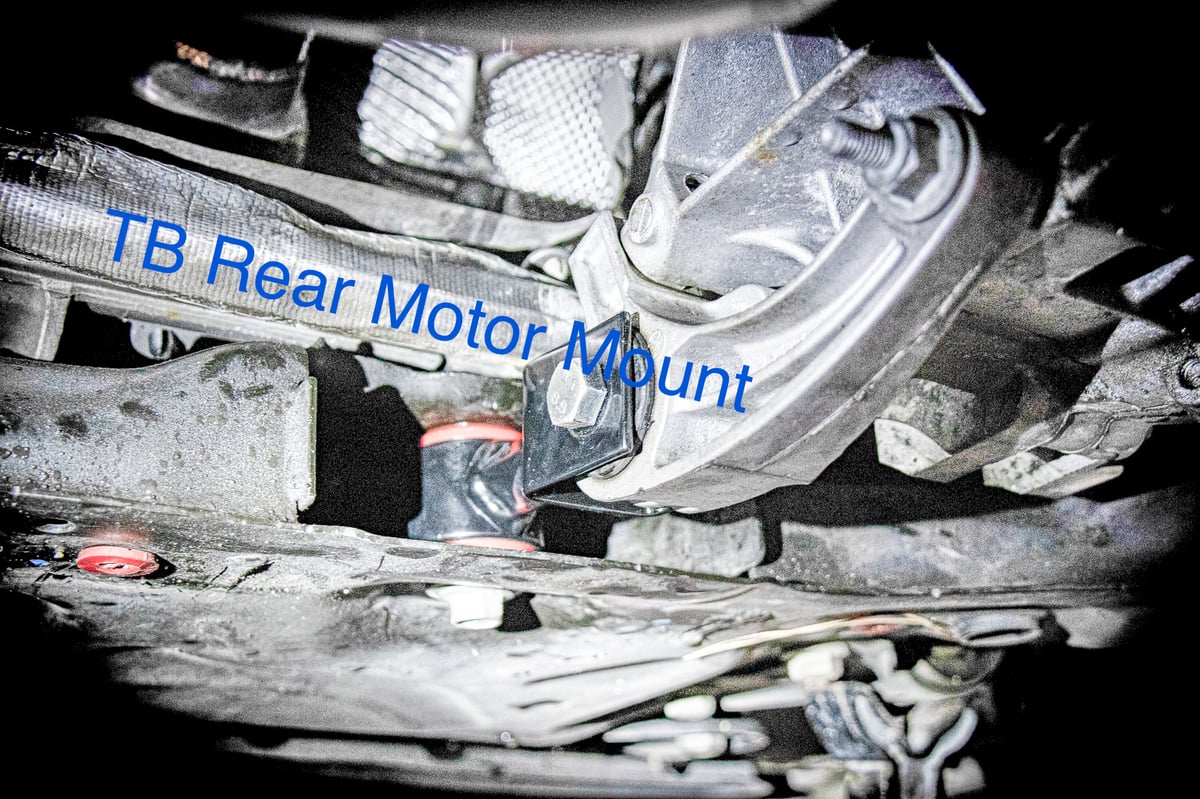 Most aftermarket/performance motor mounts for the Focus ST come with noticeably larger bushing diameter than the TB version. And a bigger bushing will flex more, even if that bushing has a harder durometer.
Think of bushings & motor mounts on a sliding scale. On one end of that scale is the OEM bushing. The OEM version is big & soft. It’s good for killing-off vibrations… but it’s not great for performance & upgraded horsepower. Then on the complete other end of that spectrum, you have a solid brass bushing with absolutely zero flex. It’s great for performance, but terrible for vibrations, noise, harshness, and livability. Then in the middle of the spectrum, you have most of the aftermarket/performance rear motor mounts for the FoST. They hit a Goldilocks sweet-spot for the average performance-minded consumer. Not too hard; not too soft.
But then there’s TB. The TB Rear Motor Mount sits somewhere between solid brass & Goldilocks. It uses a smaller-diameter Energy Suspension bushing… smaller & stiffer than most other manufacturers on the aftermarket. And that means ‘less flex’. Yeah, the TB Rear Motor Mount is a little higher on the noise/vibration/harshness… but it’s also higher on performance. It comes with a cost… but it also comes with a benefit.