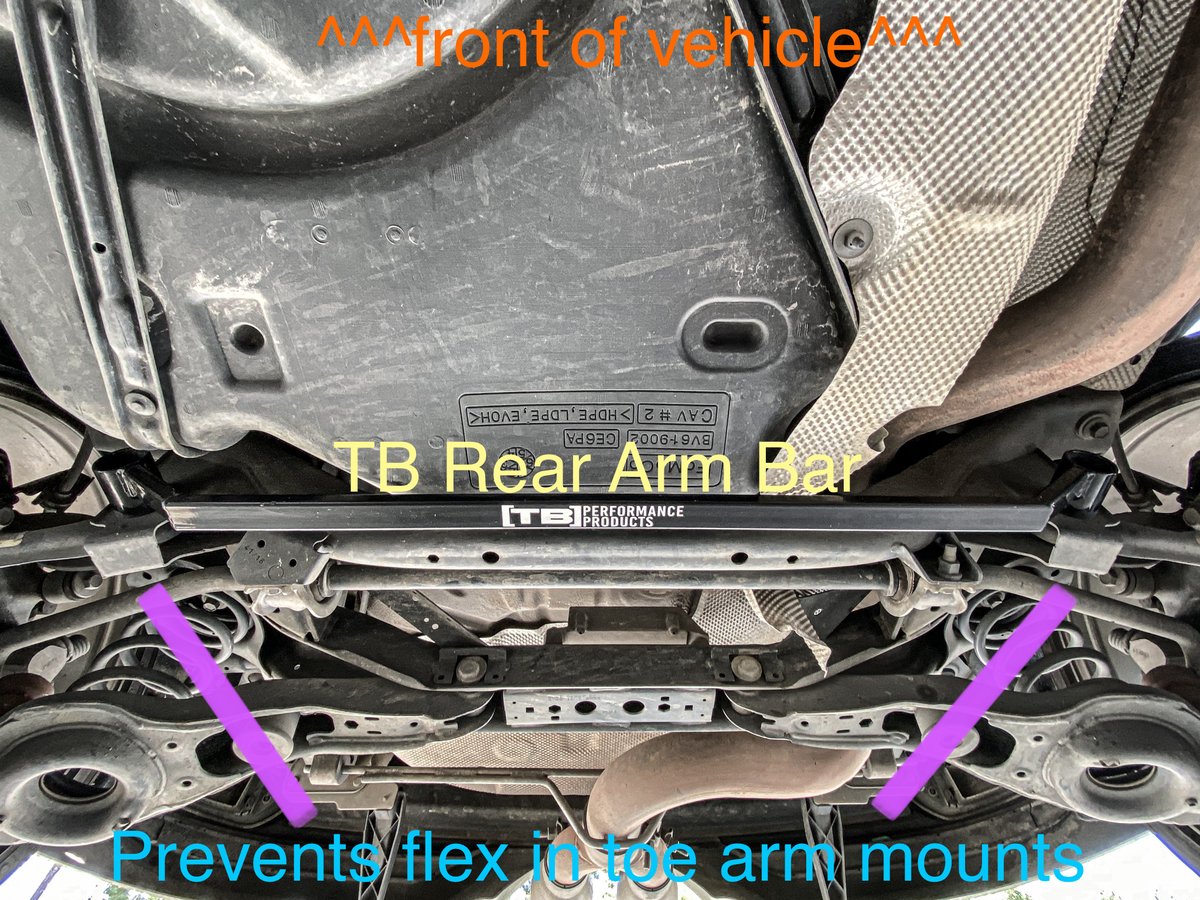 Dialing-in toe on the rear of a FWD car is a high necessity for consistent handling. When you’re really putting a FWD car through its paces, there is a tendency to throw it hard into a corner, and let the rear end just ‘sort itself out’. It's a solid plan. But even if your toe alignment is set & dialed-in, as the car’s suspension reaches its limits under those extreme loads, there will be deflection (aka: flex) in the chassis itself... beyond any alignment. And even the smallest amount of momentary toe deflection is no good, because it plays-out in a magnified & noticeable way. Ever had the rear end of your car feel little floaty in corners? It could be too much tire pressure or an improper alignment. But if those are set, it can definitely also be these momentary & minuscule (and almost impossible to trace) changes in toe due to chassis-flex.
The TB Rear Arm Bar works by bolting into the toe arm mounts on each side of the FoST (driver-to-passenger). In doing so, it keeps the driver/passenger toe arm mounts from flexing under load. Preventing that flex will isolate-out the floaty feeling, & lock-in the back of the car.