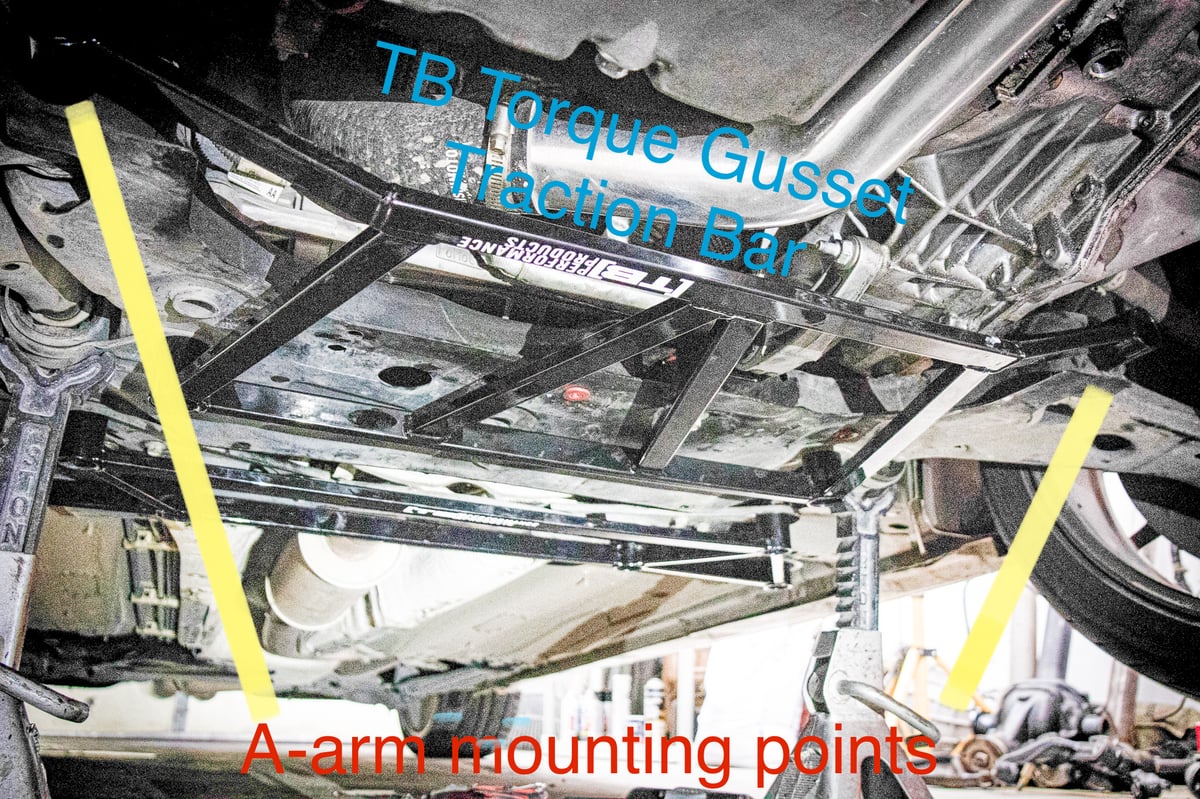 The TB Traction Bar for the Focus ST is a 4-point, lattice-reinforced design that ties together the driver & passenger A-arms under the chassis, thus strengthening & bracing the front suspension… and eliminating deflection (aka: flex).
Wheel-hop occurs when you launch a car, and there is a deflection in the A-arms. Grippy surfaces can magnify wheel-hop, but the premise is: On launch, the front bushings in the A-arms deflect downward, and the rears deflect upward – violently & abruptly. And it creates a rhythmic, uncontrolled up/down banging, known as the ‘hop’.
But by tying together the driver & passenger A-arms, the system is strengthened exponentially, and deflection is hugely reduced. The same principle applies for torque steer.
Torque steer is a general area of complaint with front-wheel-drive cars, and the TB Torque Gusset Traction Bar really assists in nullifying the problem. One of the main causes of torque steer – is when the A-arms shift under the initial high load of power/boost being delivered to the front wheels. It’s much like wheel-hop, but the deflection is horizontal rather than vertical. With the TB Torque Gusset Traction Bar reinforcing this section of the vehicle, it prevents the deflection of the A-arms.
Lateral grip – cornering. During aggressive cornering, the A-arms flex side-to-side under load. Because the TB Torque Gusset Traction Bar is preventing that deflection, that lateral flex is strong-armed & kept in check. The result is better lateral grip & and a more responsive car, as well at more immediate steering response.